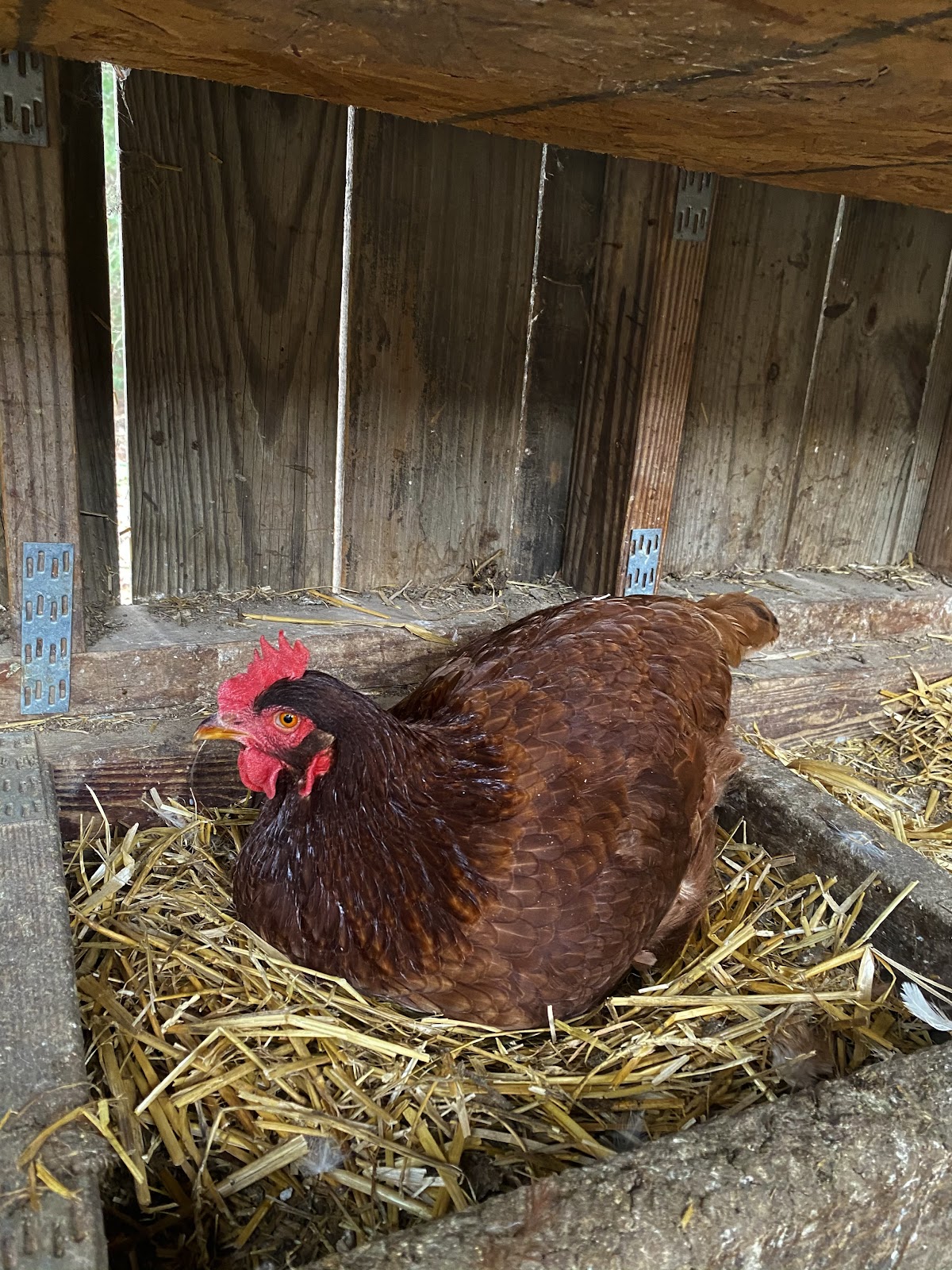 For Mini Project 3, I am doing a Detailed study of one food item.

My food item is an egg.

This is not a normal store bought egg, though. I got it right in my front yard! At my house, we have about 30 chickens, mostly Rhode Island Red hens. The chickens have a house/shed, with shelf-like slots that they sit and lay eggs in.

Which came first, the chicken or the egg?

In this case, I will say, the chicken came first.

I will be using this Rhode Island Red Chicken for example.

On a typical day, this chicken will awake at sunrise, eat, walk around the yard, then lay an egg.

Where did this chicken come from, though?

We purchased this chicken from a local hardware store, at their “free chick” event, last April.

Where did the hardware store get the chick from?

The Hardware store ordered the chick from a local chicken hatchery in Culpepper, VA.

Where do they get their chicks from?

The short answer, is that they have existing chickens at their farm and they have rotated throughout the years, kind of like a generational situation.

That explains where my chicken came from.

The other factor in this situation, is what helped this chicken lay the egg?

This feed contains Omega-3, which contains nutrients that boost and support the hardening of the egg shell.

Below are the nutritional benefits of Purina Layena Omega-3 Poultry and Chicken feed:

Large-particle calcium breaks down steadily, so calcium is available during the entire egg formation process

SO, bringing back to the question of, where did this egg come from?

The short answer is a Chick Hatchery in Culpepper, VA, and a bag of Purina Layena Omega-3 Poultry and Chicken feed.

This may be a good place to introduce yourself and your site or include some credits.